This is a very interesting story that combines some known Grimm tales with some new story lines that I had never heard before. It’s written with Hansel and Gretel as the main characters, but their well-known tale is a very small part of this greater story. As is common with many of the original Grimm tales, there is some blood and violence. The narrator, however, makes it a point to warn the reader ahead of time before the story becomes too gruesome (almost to a point that’s a little annoying). Even so, it may not be suitable for younger readers.

The story is very imaginative with incredible monsters. Several times I wondered how the children were going to get out of their difficult situations, but they always did. A good read.

Cam’s school is celebrating Green Day. She and her friend, Eric, have been walking to school instead of riding the bus and bringing in cans and bottles to recycle. However, right before the assembly when the amount of money they’ve collected from recycling is to be revealed, the money gets stolen. Not to fear, Cam is on the case. With the help of her photographic memory, Cam solves the mystery, and the money is returned.

This is a short and easy book for young readers that presents an interesting and entertaining mystery and teaches caring for the environment.

Nissa Bergen comes home from school one day to find her free-spirited mother gone and her mother’s favorite rosebushes picked clean of their beautiful purple blooms. She and her father are left to deal with the gossip of the small town and the stress of the ridicule of the kids at school. Everything seems to remind Nissa of the fun times she had with her exuberant mother. Nissa wonders if she will ever come back, but deep in her heart, she believes she won’t.

When she hears a particularly vocal gossip sharing her opinion that Nissa’s mother ran off with another man, Nissa can’t help but remember the times when her mother would leave for hours without explanation and then return smelling like sawdust. Nissa begins wondering if it’s true. Did her mother run off with a sawdust man?

Bartholomew is a peculiar. As peculiars, he and his sister Hattie are shunned by both faeries and humans. The only way they can survive in a world that would rather see them dead is by avoiding notice. “Don’t get yourself noticed, and you won’t get yourself hanged.” They live in a small, old apartment in the slums of Bath in the faery distract. Their mom takes as good care of them as she can, but there’s only so much she can do. Life in such poverty is dull and hard, but at least they’ve managed to survive. Their biggest problems begin when peculiars start showing up dead. Covered in mysterious red writing, their bodies begin washing up in London completely flat and empty like old leather sacks. When Bartholomew sees a strange lady in purple take away a peculiar that lives across the street from him, he can’t help but be curious. That’s when he makes his greatest mistake. He gets noticed. Then, he is plummeted him down a path that will change his life forever.

Bachmann creates a wonderful world that reveals an entirely new perspective on fairies and other magical creatures. He does an incredible job of building the characters and paints a very realistic picture of their personalities. This book is even more impressive when you realize how young the author is. A fun read with mystery, fantasy, and steampunk all rolled into one.

Twig feels out of place with his wood troll family. Even though he looks quite different from the other wood trolls and has never felt like he fits in, he didn’t realize he’d been adopted until the day his mother told him he had to leave them, so he wouldn’t be captured by the sky pirates. He heads off into the deep woods on his way to his cousin’s house, but before he gets there, he does the unthinkable. Despite his mother’s constant warnings, Twig strays from the path. That’s when his adventure begins. Twig rescues and is rescued. He’s welcomed, ignored, threatened, eaten, almost killed, and, at one point, he even becomes a girl’s treasured pet until she goes through her right of passage and tries to kill him.

Beyond the Deep Woods is a thrilling tale that will constantly keep you on your toes. Twig goes from one exciting situation to the next. Stewart and Riddell present us with an action-packed story full of marvelous creatures and daring escapes. The imagination and creativity that has gone into this story is wonderful. They paint a vivid picture of an extraordinary world full of all kinds of trouble.

The only thing I would say that could be improved in this story is that there wasn’t a great sense of continuity. The characters Twig encounters in the story stay with him for a few chapters, but then he moves on, and we don’t see them again. Each section of the story could be read independently without much difficulty. However, if you are reading it as a bedtime story, it would have great places to stop each night.

There was one other issue I had with it. In one place one of the characters uses a word that I found inappropriate for a children’s book.

Overall, I found this to be an exciting and creative read. 4 Stars 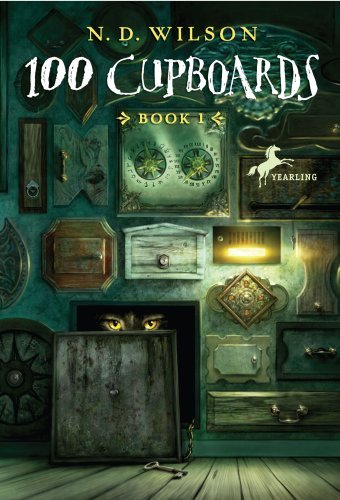